These Egyptian geese were in Friars Park, Shoeburyness in November. They were a colourful group who seemed to enjoy their surrounding. They were a cheery treat on a bleak November day.

The Egyptian goose was introduced into Norfolk in Victorian times, and they established a good breeding group. Due to milder winters they are now appearing in other areas.

Copper brown Egyptian geese are in the marsh,
they call from the plumed reeds
and they leave flat tracks in the clay
when they walk past in a small group
and I hear them from far of on the porch
when the pond resound with their voices
just their at the old sunken sloop
where I notice the sun shining on the water,
how they suddenly fly up and spread
as they avoid a dog that is running loose.
Gert Strydom

They loved the trip, especially the vast quantity of the bones and the size of the creatures positioned in and around the museum, a great day out with friends. A memory which makes me smile.

I hope you like these photos of flamingos, love the colours and the reflections in the water. I found them on my camera as I was emptying the card, so thought it might be good to blog about some of the things which are memories to me.

Flamingo a beautiful word, the definition : a tall wading bird with mainly pink or scarlet plumage and long legs and neck. It has a heavy bent bill that is held upside down in the water in order to filter-feed on small organisms.

In our house they have another name flingamo, my son James struggled to get his head around the word flamingo, his attempt was ‘flingamo’ and it stuck. The pictures are from a trip to Amazona in Cromer and I instantly thought flingamo’s. It did make me smile and in these strange and weird times we need to keep smiling. Be safe.

We went on a seal trip out from Morston off along the Blakeney Spit. We encounted lots of common and grey seals, terns, curlew, oystercatchers, cormorants and gulls.

Such a great trip seeing the local wildlife.

A few pictures from one of the days in Norfolk last week, such a contrast of the beauty which is out there.

Last week we had a week away and our base was Blakeney in North Norfolk. We stayed in a lovely house overlooking the salt marshes and it was wonderful. Our dogs and family had a lovely time chilling, walking, reading books and generally catching up with ourselves. It us such a great place to go and the walks in the surrounding area is a fine way to spend some time.

Living in Shoeburyness we see and hear a lot of seagulls. They are incredible birds and when soaring in the air so majestic. I took the below photos out at Old Leigh and they were amazing flying over the water. The photos have captured the movement of their wings, so beautiful. The poem is by Edwin John Pratt.

The Seagull (by Edwin John Pratt)

For one carved instant as they flew,
The language had no simile—
Silver, crystal, ivory
Were tarnished. Etched upon the horizon blue,
The frieze must go unchallenged, for the lift
And carriage of the wings would stain the drift
Of stars against a tropic indigo
Or dull the parable of snow.

Now settling one by one
Within green hollows or where curled
Crests caught the spectrum from the sun,
A thousand wings are furled.
No clay-born lilies of the world
Could blow as free
As those wild orchids of the sea.

The Endeavour is a wooden cockle boat and can be seen on the left of the picture at Old Leigh. This actual boat went across the English Channel to be part of the flotilla to evacuate the troops at Dunkirk on the 31st June 1940. (Click on the link to get more information)

This picture was taken when the tide was in and the water was so still that I could get a reflection in the water.

Old Leigh was visited twice this week and is such a lovely place to walk and wander. The brisk sea air and the sights and sounds are lovely. I was particularly struck by the amazing clouds which were the back drop to many of my photographs. Also this was the first time I have got reasonably close to a Little Egret. Such a nice place so I will be visiting again. 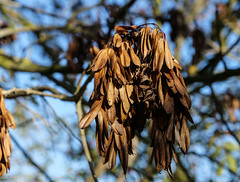 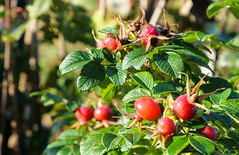 Stories from the Hills

Stories from the Hills

A place for things found between hills, ridges and wolds

a place for Middle Grade book-lovers to share and connect

Thoughts and ideas about words, stories and what works best in the classroom and beyond

Always Learning! I'll probably talk about children's books at some point as well.

Skulls in the Stars

The intersection of physics, optics, history and pulp fiction

ramblings of a year 1 teacher

All views are my own

Zoologist with a passion for mitigating human-carnivore conflicts

THE LITERACY SHED - Book of the week

Librarian by day, asleep by night.

Promoting optimism in schools for the sake of the children, our colleagues and communities. #FlamingoOfHope